Weeks of rain have attracted fireflies to my Texas backyard, the court for much of my inspiration.  Known in other languages as Saint John's bugs, these beings that touch instantly the viscera of my northern childhood are for me that simple mystery that could justify perhaps the entire internet.  Now, I've waited nearly my whole life to google the science of their glow.  Here it goes.  (Wow, maybe next month I'll write about rainbows.) 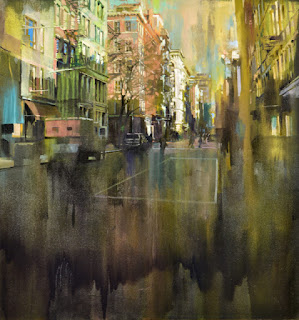 Scrolling down the sludge of wikipedia something jumps out at me:
"It has been speculated that Baroque painter Caravaggio may have prepared his canvases with a powder of dried fireflies to create a photosensitive surface on which he projected the image to be painted." 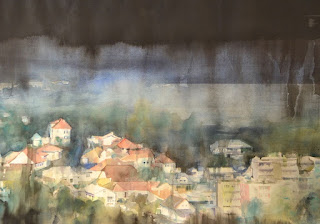 I'm not classically trained (who is anymore?) but I find this aspect of oil painting, not just Caravaggio's, but this "ground preparation" to be suggestive or metaphoric.  Same goes for composting in the garden, by the way, where the dirt, the iron and rust, the slop serves to nourish the bloom.  Caravaggio and the Baroque community to which he belonged demanded drama.  And he needed an infusion. 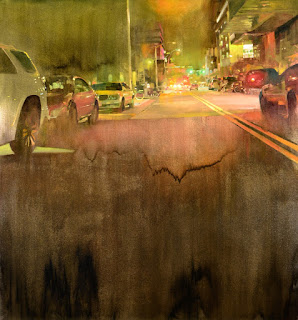 My grandfather was born in 1890 in Chennai, India (then Madras).
For as long as I can remember I have been fascinated by the date of his birth, that he was born as far back as the 1800's while still only being my grandfather.  That he was born and raised in such a mysterious place as India fascinates me like the stars, but more than the stars do. 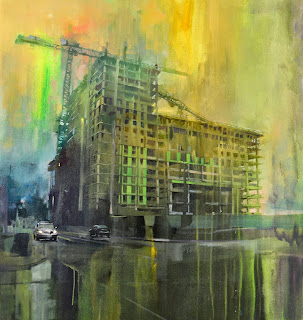 Phantom India is a documentary from the late 60's by Louis Malle.  It is the stranger exposed for the first time to the older than old systems of a strange land.  If I run into you soon I'll try to talk about anything else. 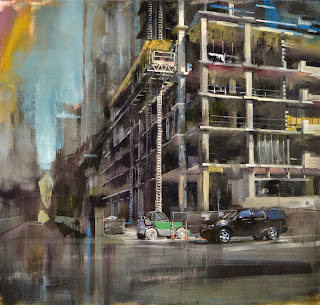 Posted by open air studios at 10:42 AM No comments: